"One of the Top 15 Music Festivals"     Louisville.com 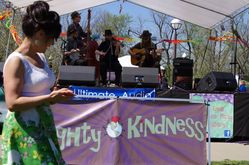 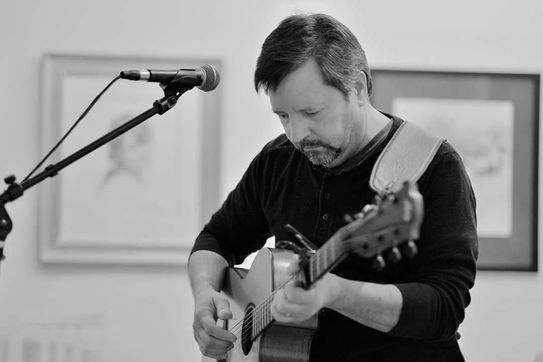 Musician Singer/Songwriter Composer/Arranger Radio Show Producer WCHQ Radio Show Host   "For me, music is the most powerful force on this earth. It transcends race, creed, class, nationalities, and age groups. To this day, I will perform the songs of James Taylor, Simon & Garfunkel, Crosby, Stills, Nash, along with Ryan Adams and others to see people in their twenties, thirties, and forties singing along to all the songs.”  “Music is a gift to be shared with the world. To bring a smile to everyone's face. My greatest inspiration for writing music is people. The love they bring to each other, to us, the the world. It’s the magic that makes the life.” 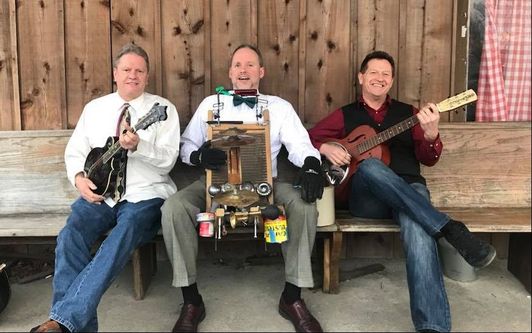 Sitting by the Ohio River a while back, a few musicians were attending the annual Jug Band Jubilee, a Louisville tradition, in the city where jug band music originated. All in agreement that this really was
some of “America’s Happiest Music,” they decided to try their hands at it, if nothing else, just to spread a little more happiness in the world. From different backgrounds, a folk singer, a coffee shop rambler, and a Toy Tiger rocker, the mix worked. Sharing happy music, a little history, some songs almost a century old, in many different places, and with many different people became its own reward. From playing benefits, parties and schools to art festivals, universities and bars, the smiles and dancing of happy people make it all worth it. Getting paid in farm fresh eggs isn’t a bad thing either.
1:15-1:45  Tez of 2Deep 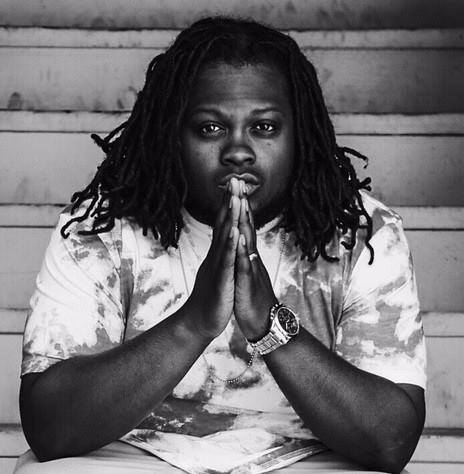 https://www.isupporttez.com He has been singing since the age of 5 yrs. old, in the church choir. At the age of 14, he expanded his talents by rapping and singing with a local rap group called K.I.G (Keep It Gangsta). K.I.G helped him realize his passion for music. He loves to write his own songs as well as perform them. Being able to do this set him up for two unpublished albums with K.I.G. (The Time Is Now & Done Deal). While with K.I.G., he also started two rap groups called 2Deep and Royal Boyz. Later, rapping became a hobby and R&B became his true passion for music. In 2014-2015, Tez and his best friend SG Smitty revitalized the hip hop group 2Deep. 2Deep began to have much success around the city including radio interviews, premiering their latest music project “Consistency” at a movie theater in Louisville KY, being nominated for “Hottest in the Ville” for consecutive months in 2014-2015, being nominated for song of the year in 2015 for “My Party My Show” through Keep Louisville Loud In 2016, Tez released two of his hit singles, "Rider" and "Can't Worry" and even got to headline his own concerts at the Hard Rock Cafe in Louisville and the Tim Faulkner Gallery. Tez also got together with fellow IAmRoyalty Music Affiliate DJ PartyAllWknd, to create at radio show geared toward Independent artist named WkndwithTez Radio Show. In 2017, Tez released his next single "I Got Your Back" a song dedicated to his wife. Tez also was nominated for 3 Kentucky Urban Entertainment Awards, those included, Best Media Outlet, On Air Radio Personality, and R&B artist or group. Tez also ventured out and began speaking to youth about chasing their dreams and living by the motto #CantWorryAllSmiles. This was motto was created from the success of his hit single "Can't Worry". Now Tez plans to release more music and visuals for his new music project. Tez hopes to continue to speak to the youth and continue being a radio show personality. The purpose of his music is to acknowledge the bad and celebrate the good in life and being creative. Now with Dj PartyAllWknd (Tez Official Dj), 2Deep, and IAmRoyalty on his side he will attempt to bring the city of Louisville the recognition it deserves. 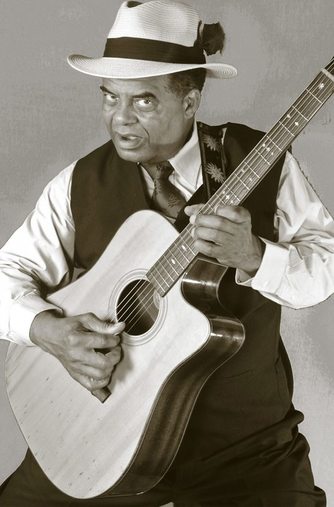 Mark “Big Poppa” Stampley, was a guitarist in his mind at age 8, long before ever touching the
instrument. Mark became, a veteran of the Chicago blues/R&amp;B school. Played Chicago’s “chitlin circuit”, but
got to share the stage with the likes of,  Koko Taylor, Oprah Winfrey, the Delphonics, The Emotions,
Pop Staples, Dave Myers, Montel Jordan, Twista and Tracksta, Quiet Storm, Ivan Neville (Neville
Bros.), Calypso Rose, Common, Roger, Malik Yusef,   Roy Ayers, Maya Angelou,  Malcolm  Jamal -
Warner, and Jack Black to name a few , along the way.. while creating the hit Midwest showband
“ECLYPSE OF THE MOON “ that toured the Midwest thru the 80’s /90’s. The band recorded the smooth jazz hit CD “SMOOTH CHITOWN GROOVES”. But love movedhim to Louisville.,.. and a busy solo career. He released 3 CD’s, HERE COME BIG POPPA STAMPLEY, UNIVERSAL BLUESMAN, and SOME BLUES FOR YOU, that feature his CARIBLUJAZZ style music; and touring the US/Caribbean. BPS has taken blues music traditions to many schools, as well as guitar instruction. BPS wrotemusic for the indie release “Legend of the Reno Brothers” 2014…. Has been in demand as a Voice over actor last few years, and will appear as “Hayseed “ in the anticipated new TV-series SMOKETOWN coming soon to TBN network www.bigpoppastampley.com
2:30 Representative John Yarmuth 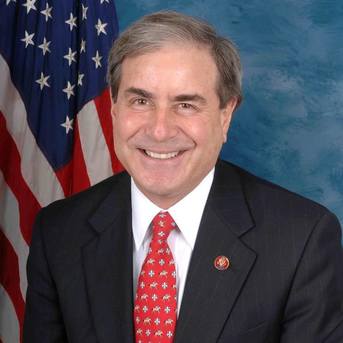 Representing Kentucky's 3rd Congressional District. If you'd like to get in touch about Congressional issues, please visit http://yarmuth.house.gov
Twitter at http://twitter.com/RepJohnYarmuth 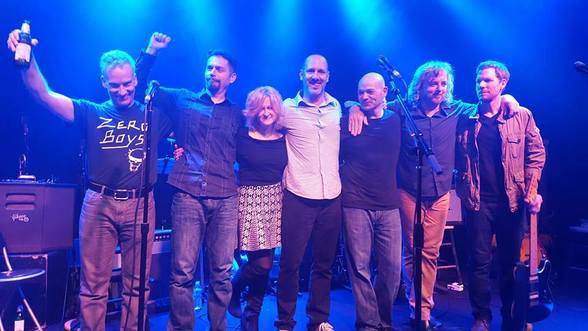 "danny flanigan and the rain chorus are living testament to the power of great songs. flanigan's lyrics are meaningful and poetic. even better, you can actually hear and understand them through the music..."
louisville music news "while sun over rain overfloweth with mid-tempo rockers with big hunks of mood and bouncy rhythm hanging off them, a few songs manage to get inside your head and bounce around there for days. i know, i got one bouncing in there right now..."
nuvo newsweekly  "the rain chorus has found a way to truly be 'alternative' - by being good..."
the bloomington voice 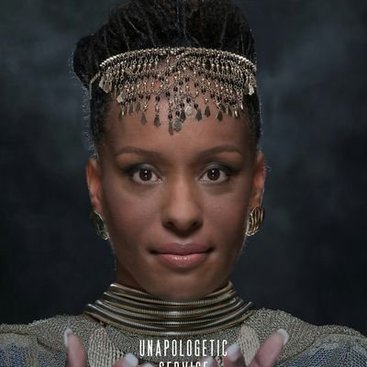 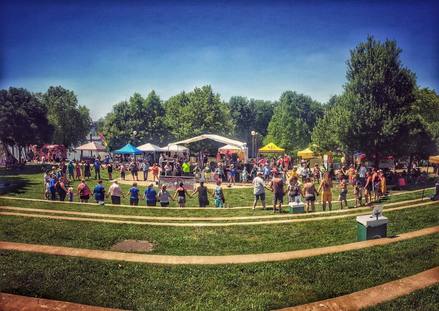 A favorite Hoot tradition! This is where- for one brief moment- everyone at the Hoot joins together in a massive circle and we state our wishes & vision for our community and then dance like everyone is watching and cheering us on. 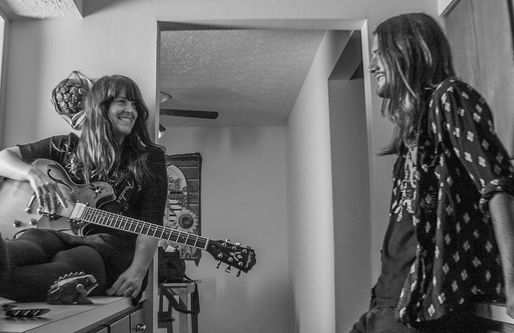 Villa Mure is a band from New Albany, IN. rooted just as much in 70’s progressive rock as modern alternative and cultivated by the eclectic Louisville music scene, Villa Mure’s music is anchored on the chemistry of textural, flowing guitar work and driving, melodic bass. Live, the band creates an atmosphere that recalls the psychedelic, but presents itself in the simplicity of a tried and true rock n’ roll power trio, with grooving instrumentals intertwined with lyrics intended to speak from your own inner voice. Reverbnation.com/villamuremusic 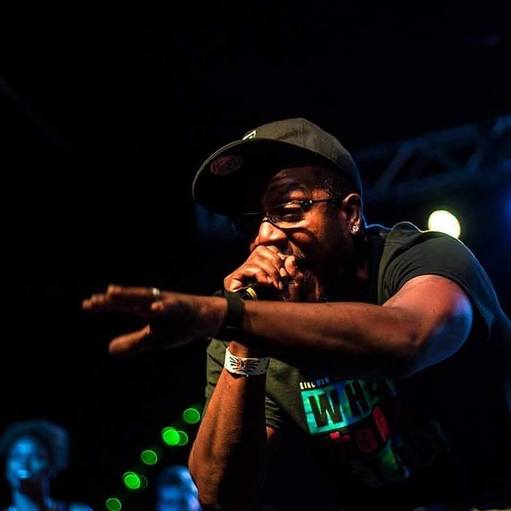 When you think about RMLLW2LLZ (pronounced Romell with 2 L's), you might have more than one version in mind. Self-identifying as a dad and a husband, a hip-hop head with mad rhymes and production skills; an activist, philanthropist, and mentor; a co-host of I and Eye Radio on 97.1 ArtxFM WXOX; or 2016 Louisville Music Award Hip Hop artist of the year nominee. The thing is, he’s all that and more, a boss emcee that never minces words who draws from artists as disparate as Curtis Mayfield, DJ Quick, Nas, Talib Kweli, Black Thought, Sade, Lauryn Hill, Busta Rhymes, and Prodigy (Mobb Deep). You can hear that variety in his music, which never sleeps on the hard R&B/jazz grooves, a golden age of hip-hop style that always sounds fresh. RMLLW2LLZ hustles. He’s performed at Forecastle and Waterfront Wednesday with Dr. Dundiff and Friends and at the record release show celebrating that momentous collaboration, annually at the Juneteenth Festival Racine WI since 2013, and with a who’s who of talent including E40, Blue Print, Rakim, Raekwon (Wu-tang Clan), and Big Boi (Outkast) and is a staple in the Louisville hip-hop scene earning a 2016 Louisville Music Award Hip Hop artist of the year nomination along the way. Romell has an ear for a good beat, working with some of the finest producers and vocalists in the city for a sound that you have to bang to. This is the kind of music that you get smooth too, that you put on to let other people know that you are onto that next level business. https://www.rmllw2llz.com/

The HPK Threshold is the brainchild of Mark Hamilton (guitar) and Lee Puckett (bass), both of whom are veterans of the Louisville music scene.
Generally a trio (with drums/percussion), they freely roam between genres, using delays and loops to create atmosphere while holding down strong grooves.
While most of their material is original, they often spice their sets up with adventurous interpretations of jazz and r&b standards. 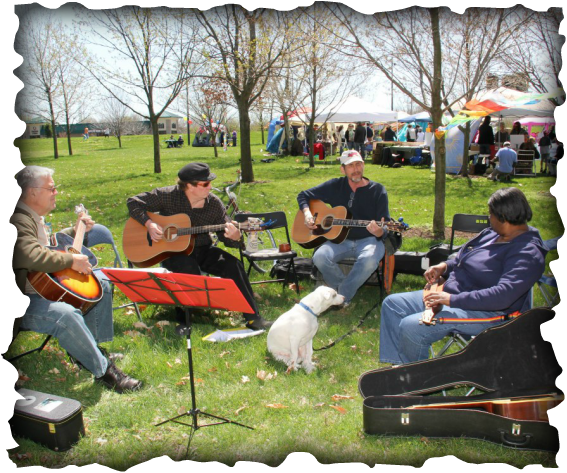 ALL DAY  COMMUNITY JAM!
​Open to Everyone!

Join Tom Boone and Dan Bowlds for a real Hootenanny!

Everyone welcome, throughout the day, to join in make music together.......or just sit and enjoy!